Fiscal things that can go bump in the night

By Anthony W. Minge, EdD “From ghoulies and ghosties and long-leggedy beasties and things that go bump in the night, Good Lord, deliver us!” — Scottish saying Have you ever heard that noise in the middle of the night? You know, the one just when you are dozing off and there it is … thump! And…

What does CMS’s support of home health monitoring mean for EMS? 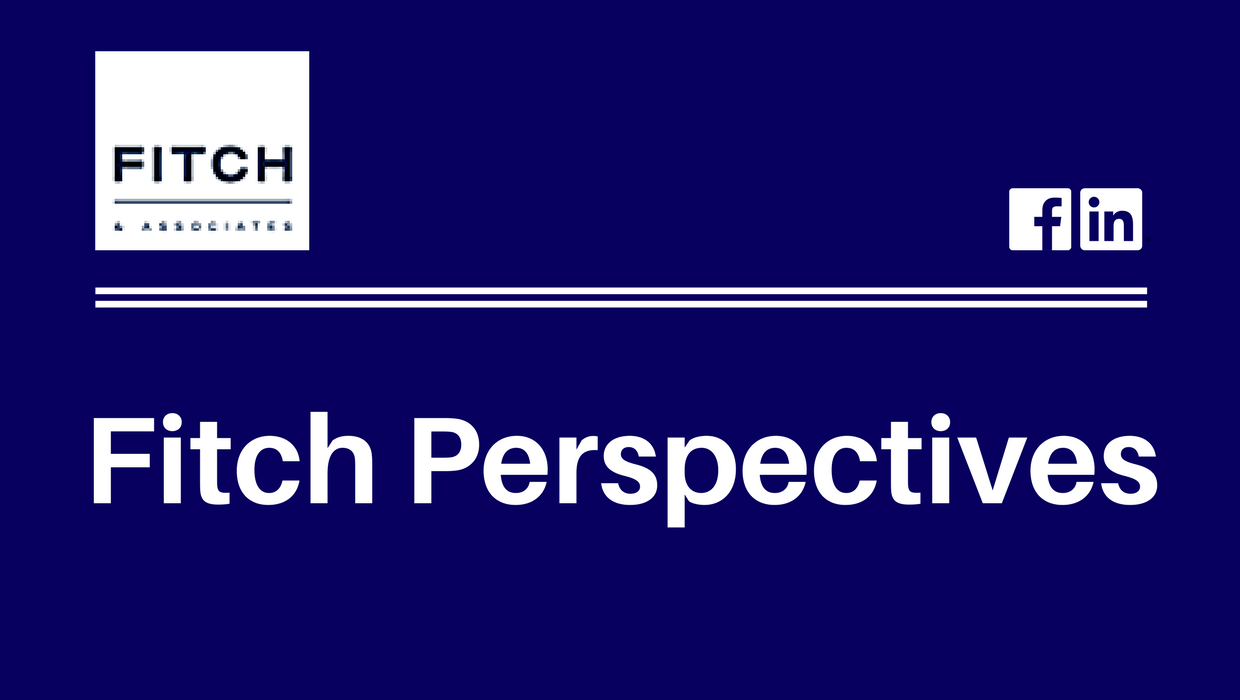 Last week, the U.S. Centers for Medicare and Medicaid Services (CMS) announced proposed changes to how it reimburses home health agencies. Specifically, CMS will now allow home health providers to report the costs of remote monitoring. Like many initiatives happening at the local, state and national levels, this move by CMS appears to recognize and support…

A new model for healthcare reimbursement?

We’ve heard it for several years now: Value-based purchasing is coming. But some of you, I know, are beginning to wonder if that future will ever arrive. After years of hearing about these changes, we still largely get reimbursed the same way we have for decades. A recent report out of Maryland shows that the…

Climbing the ranks of EMS often fails to prepare new chiefs to discuss financial issues with local elected and appointed officials By Dianne Wright Local government budget processes may seem daunting at first, especially for new leaders whose focus has just recently shifted from EMS operations and patient care. Whether you recently took over as…

The Cornerstone Series: The State of Data Use in EMS 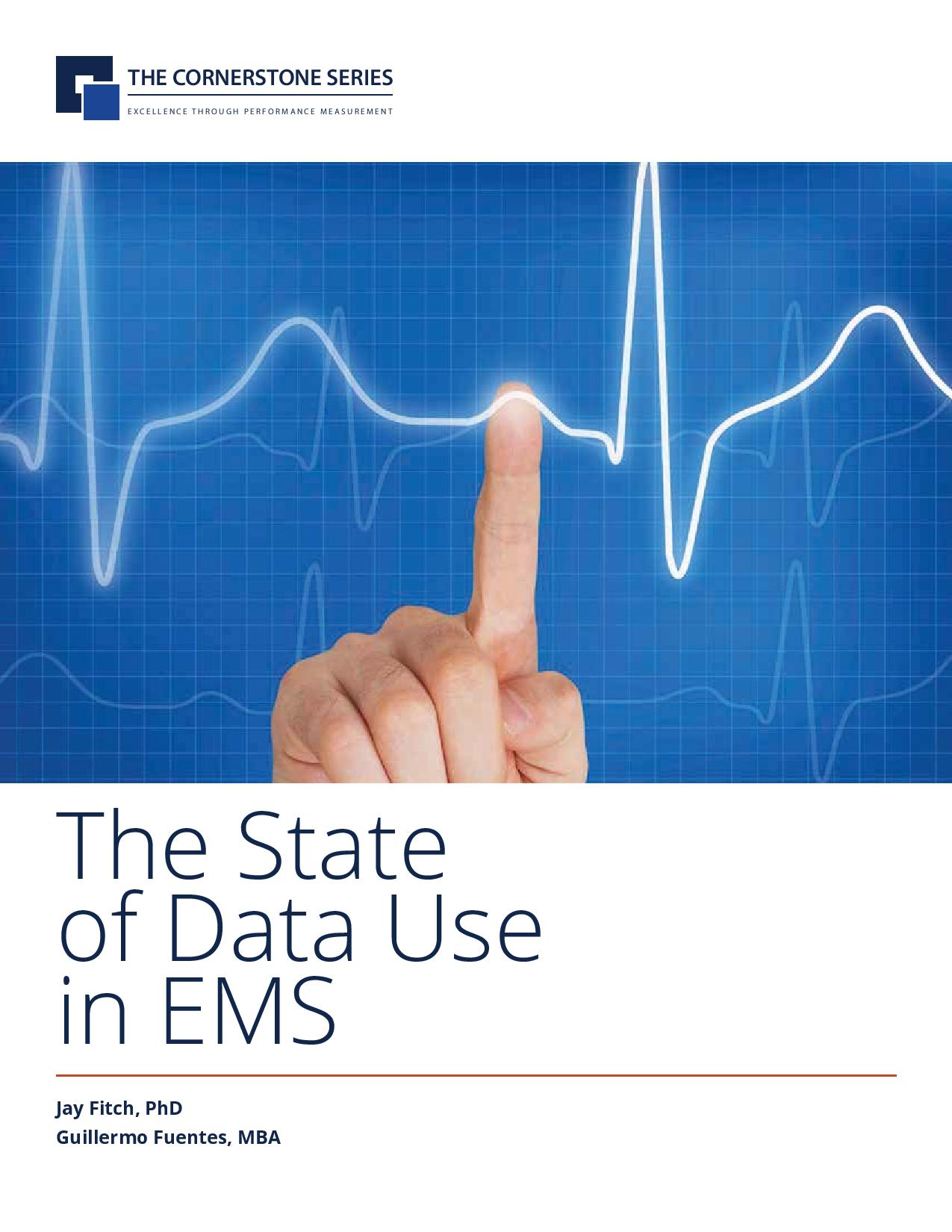 It’s clear there is increasing interest among EMS leaders in using data to improve our ability to monitor our systems—often in real time—and to translate that data into information that can improve systems and ultimately patient care. Powered by Fitch & Associates’ experience in all 50 states over three decades, the series will be an up-to-date overview of how agencies can—and are—using their data. 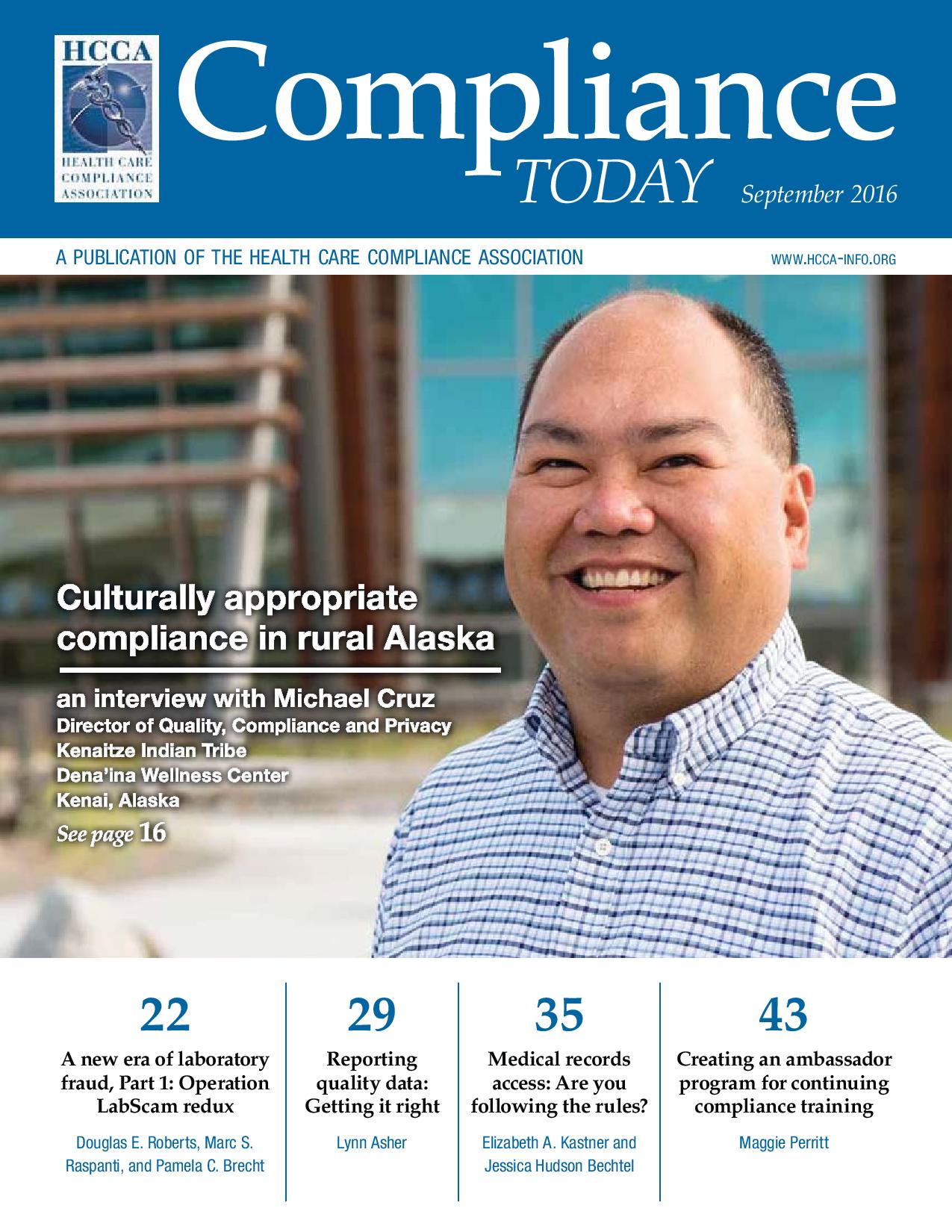 Increased attention on ambulance use demonstrates the need for compliance plans to include emergency and non-emergency ambulance operations. The HHS OIG has published voluntary compliance program guidance for ambulance suppliers. Ambulance billing should reflect the care provided by the EMS personnel, not the hospital diagnosis of the patient. Training for billing personnel and EMS providers on documentation and billing for ambulance services is often inadequate. Ambulance suppliers should conduct regular claims reviews to ensure problems are identified and corrected prior to an audit. 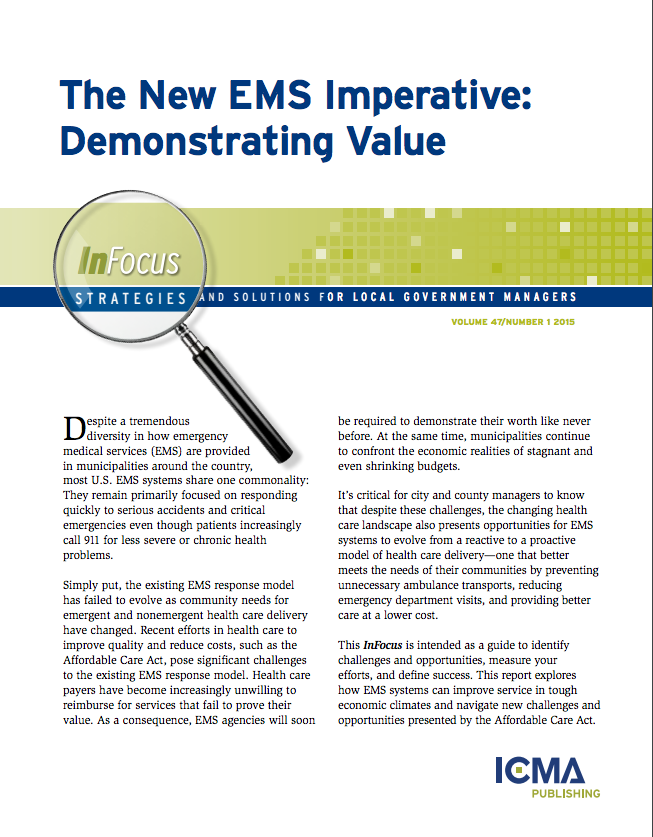 Despite a tremendous diversity in how emergency medical services (EMS) are provided in municipalities around the country, most U.S. EMS systems share one commonality: They remain primarily focused on responding quickly to serious accidents and critical emergencies even though patients increasingly call 911 for less severe or chronic health problems.

EMS in the Era of Health Care Reform 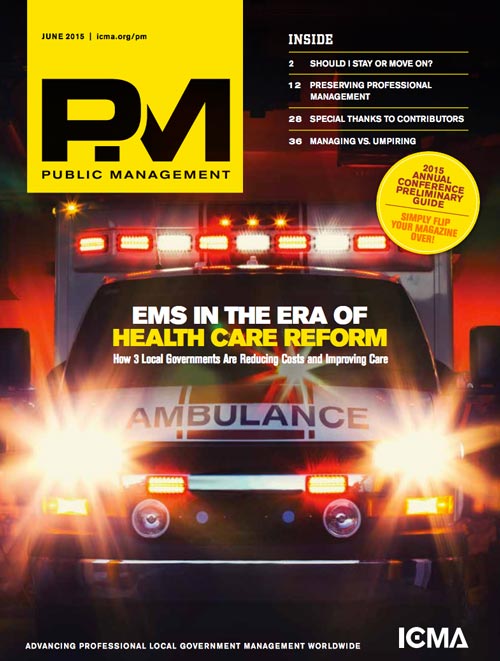 Despite a tremendous diversity in how emergency medical services (EMS) are provided in communities around the country, most U.S. EMS systems remain focused on responding quickly to serious accidents and critical emergencies, even though patients increasingly call 911 for less severe or chronic health problems.